These Mistakes Are Stopping You From Becoming a Better Waterfowl Hunter 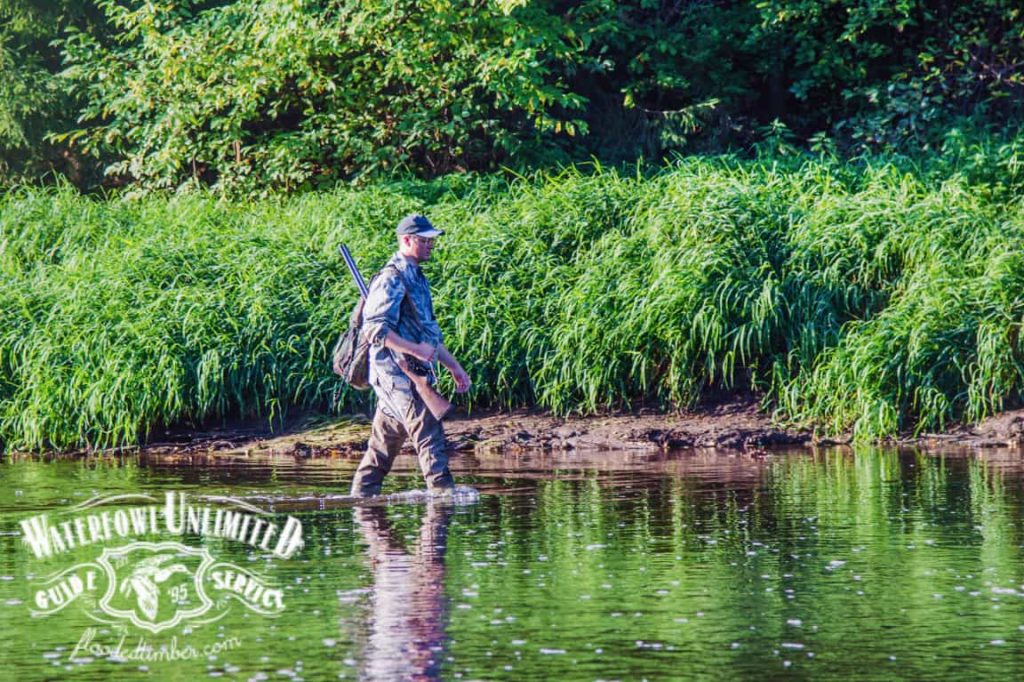 Flooded timber duck hunting may seem simple, but there are levels in the game, and most people are preventing themselves from getting better. One of the reasons for sticking to techniques and strategies that clearly don’t work is being unable to adapt. And the cause for that is usually hidden deep under mistake number 1.

Your Ego Doesn’t Let You Grow

We all learn from someone. Passing the passion for hunting to the next generation is one of the most beautiful things a hunter can experience. But… Sometimes we learn from people who don’t know about flooded timber hunting. And nothing is more dangerous than false confidence.

Through the years of leading guided flooded timber duck hunting trips, we’ve seen many people who think they’re levels above everyone but were making rookie mistakes. Such people ruin the experience for everyone. Don’t be like that. And never stop learning if you want to stay good for a long time.

You Don’t Act And Think Like A Real Predator

Ducks are wild animals with the instincts of wild animals. That means you need to act like a predator to have any success. If you don’t know what we mean, just remember how leopards or eagles hunt.

Their weapon is the prey’s ignorance. Showing up out of nowhere doesn’t leave much chance to their prey. You need to do the same.

No, you don’t need to jump from the tree or fall from the sky, but you must:

You And Your Buddies Aren’t Coordinated

Hunting isn’t for people who can’t wait. If you get nervous after half an hour in a blind, you’ll start making noises, move too much, and probably ruin the day for everyone.

But if ducks show up before you and your buddies come up with the shooting order, your impatience will make you shoot as soon as you see any ducks. And your friends will do the same. In the end, you’ll destroy one duck and scare the rest away.

That’s why we recommend less experienced hunters team up with seasoned Tennessee duck hunting guides before flying solo. When you have a pro on your side, you always know what to do and who should shoot next. That makes a huge difference.

“I Can Definitely Get Them From Here”

We mentioned eagles and leopards as an example of ambush hunters. Do you know what mistake they don’t make? They don’t act too soon. So you shouldn’t shoot while ducks are still tiny dots in the sky.

Not only you won’t hit anything, but you’d also blow your cower, so the flock will just fly away. It may take hours before any other birds show up just because you couldn’t wait for 5 more minutes.

You’re The Last One To Show Up At The Spot

We hate when during guided duck hunts in Tennessee, teams show up 2 hours late and act like they aren’t ruining everything by deploying decoys.

Not only you’re less likely to catch a good spot if you can’t sacrifice a couple of hours of sleep, but your chances to have a successful hunt drop drastically. Why? Look at the first mistake again. If ducks notice you’re there, they won’t land, no matter how good your decoy game is.

Your Decoys Are Working Against You

Over the years, we’ve made mistakes and learned from them. We observed what other people do. And most importantly, we observed and still watch ducks and geese. The better you know your prey, the better chances you have.

So we always share some secrets with our clients during guided hunts. We show them examples of useless decoy spreads and teach them how to mimic natural layouts ducks usually form. Some of the factors are:

You Think That Ducks Are The Same As Crows

Crows might be attracted by shiny objects, but ducks are different. The success of a guided flooded timber duck hunting trip depends a lot on the outfits and camouflage of everyone in the group. We don’t have to say that wearing camo pants and a jacket is mandatory.

Yet, some hunters still think their faces and hands magically blend with the surroundings. Or even worse, some people forget that mobile phone screens reflect light. Checking your emails during the hunt might ruin the whole trip for your team. So cover your face and hands and leave your phone in your pocket.

Also, never buy hunting equipment that might reflect light. And that refers to details too, so don’t wear clothes with reflective zippers or buttons. No matter how well hidden your blind is, just one ray of light could turn your metallic zipper in the lighthouse that warns ducks danger is hidden below them.

You Don’t Take Care Of Your Gun

The legendary YouTube video actually mentioned the core value of hunting. No matter how good you are, you won’t bring any birds home if your gun betrays you. Sometimes people forget, some hunters don’t care, and some think guns are perfect.

Even the best shotguns fail if you don’t show them enough care. Your equipment must be in perfect shape before (and after) every hunt. Your safety and success depend on that.

You Don’t Want To Test Yourself in Other Areas

We mentioned false confidence at the beginning; we’ll finish with it too. Don’t get us wrong, having your favorite place is fine. Every hunter has a list of spots in their area where they spend most of their time.

But the best way to learn and level up as a hunter is to challenge yourself. Showing up at the same spot for years might make you the king of the area, but you must remember that hunting conditions aren’t the same at all locations. So to truly see how good you are (or how good you can become), we suggest you visit new places.

And if you want to be in an area that will test your hunting skills while giving you a rewarding experience, our Reelfoot lake duck hunting trips are made for that.